Besides the highly-motivated Management team, The TonsBridge also has an advisory board comprising eminent personalities. 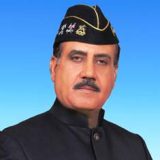 Lt. Gen. A. K. Singh, PVSM, AVSM, SM, VSM (Retd), former Lt. Governor of Andaman and Nicobar Islands, Ex-General Officer Commanding-in-Chief, Southern Command, alumnus of National Defence Academy, was th commissioned into one of the oldest regiments of the Indian Army, the 7th Light th Cavalry, on 17th June, 1973. One of the most highly trained and professional officers, he was schooled in the Staff College at Camberley in the United Kingdom, Malinowski Tank Academy in Moscow, Royal College of Military Science, United Kingdom and the renowned National Defence Colleges in India and Sweden. He has an M.Sc. and M.Phil. in Defence Studies in addition to his military qualifications. Lt. Gen. A.K. Singh (Retd) was entrusted with the responsibility of Administrator/Lt. Governor of Andaman and Nicobar Islands and he took over as its 11th Lieutenant Governor on 8th July, 2013. 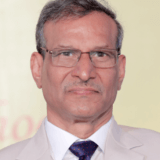 Dev Raj Nagar, IPS, is a 1976 batch officer. After joining the Uttar Pradesh police he held several strategic and important positions. His extraordinary and unblemished service record saw him rise to higher positions and he was ultimately appointed the Director General of Uttar Pradesh Police on 12th April, 2013. Shri Dev Raj Nagar continues to lead an active and fruitful life after retirement, participating in social and cultural activities. 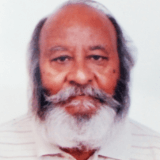 Vijendra Singh Jafa, a 1965 batch IAS officer, held several senior positions in the State and Central Governments. He was the Chief Secretary of Assam before retiring in 2002. He was the Chairman of Children’s Film Society of India, Chief Producer of Films Division of India, Member of the Governing Boards of Film and Television Institute of India and Film Archives of India, Director of National Film Development Corporation of India, and a Deputy Director at the LBS National Academy of Administration, Mussoorie. An alumnus of Lucknow University and University of Oxford, he was a MacArthur Fellow at the Massachusetts Institute of Technology, USA in 1988-89. He has been connected with Adi Sankara Adwaitha Foundation, Badrinath, for 35 years, and is presently its Vice-President. 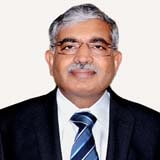 Apart from being a medical professional, he conducts regular workshops on ‘Mind, Body & Spirit’ through Science of Joyful Living programme based on the philosophy of H.H. Dr. Swami Rama.  He is a recipient of many National Awards, Fellowships& Honour’s for his academic work,such as: 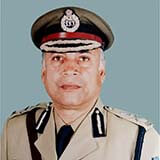 M.B. Kaushal, an IPS officer, superannuated as Secretary – Internal Security in the Union Home Ministry. Between 1992 and 1995, he served as Commissioner of Police, Delhi. He then went on to serve at the national level as Director General of the Central Reserve Police Force. In the Union Home Ministry from November 1997 to 2001, he held important positions as Special Secretary for the Department of Jammu & Kashmir Affairs and, later, as Secretary, Internal Security. 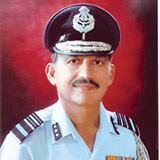 Air Marhsal Naresh Verma, AVSM, VSM (Retd), has had an illustrious career in the Indian Air Force spanning forty years. A National Defence Academy, Pune and National Defence College, Delhi, alumnus, he was awarded the Vishisht Seva Medal and Ati Vishisht Seva Medal for his distinguished services, by the President of India in 2001 and 2006 respectively. He has also been the President of the Delhi Gymkhana Club.