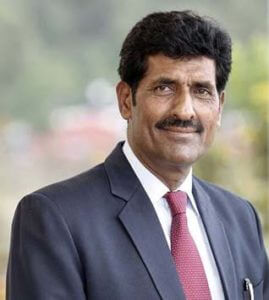 A successful entrepreneur, philanthropist and a visionary educationist, he is humble, spiritual and altruistic by temperament, and has built and created this school as a very ambitious project with a view to elevating it to the forefront of school education in the country. He spares no personal or financial endeavour to realise this vision. This is evident from the way Shemford Dehradun has developed within a short span of four years. He inspires the teaching community in making this school as the institution of choice for highly discriminating parents. His highest concerns are happiness and hygiene of school children as a pre-requisite for a meaningful education. 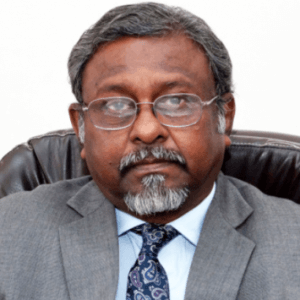 Mr. S. Benjamin is an eminent educationist, whose career in education spans over more than thirty five years. Mr. S. Benjamin has worked in various teaching and administrative capacities in Public Schools in India, i.e. Bishop Cotton School, Shimla and Welham Boys’ School, Dehradun. He has also worked with the Ministry of Education, Ethiopia. Besides having a passion for teaching, he has a flair for writing and has authored several books for renowned publishers. Mr. S. Benjamin has been
associated for several years with the Center for Space Science Technology and Education for Asia and Pacific, a UN-sponsored organization, as their English educator for foreign participants. 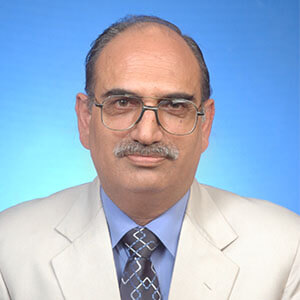 Mr. K. K. Sharma had his early education at various cantonments around the country. After graduating from Guru Nanak University, Amritsar, he did his post graduation from Punjab University, Chandigarh. Mr. Sharma brings with him over 32 years of teaching and administrative experience. In recognition of his dedication to the field of education, Mr. Sharma was
honoured with the Dr. S. Radhakrishnan Award by the International Association of Lions Clubs in 2019 and Rotary International in 2009 for outstanding contribution in the field of teaching and was twice honoured with the Best Teacher Award in Summer Valley School. Among his many
interests is quizzing. He has been organizing quizzes for the past 25 years for various institutions. His proteges have won a large number of Quizzes over the years, including the All-Asia Finals of the prestigious Bournvita Quiz Contest and the National Finals of the Quiz organised by the Chinmaya Mission. 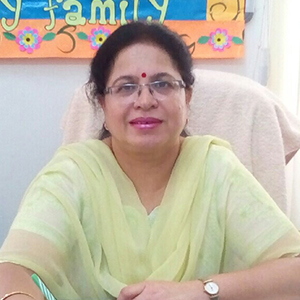 Ms. Bela Sehgal has been involved in education for over 20 years. She holds a Masters of Commerce Degree. She later pursued further studies in the Education Program. Her education has been from different parts of the country, enabling her to imbibe different cultures. Ms. Sehgal started as a teacher, subsequently became the headmistress, vice principal & the officiating principal of various schools of repute.

She has been a popular name amongst students and teachers for her exceptional teaching, problem solving and leadership skills. During her previous tenure, she has been awarded the best teacher for 3 consecutive years from the schools that she associated with. Ms. Sehgal, a thorough academician, has been involved in upgrading the teaching methodologies and ensuring implementation of best practices in the school.

Ms. Sehgal believes that education goes beyond books and is meant to prepare the child for the future. Teaching, according to her, is an art that moulds many futures. 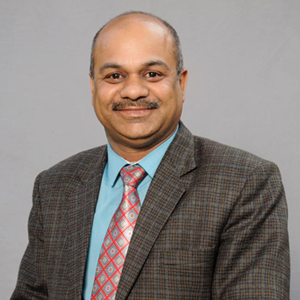 Mr.A.K.Aggarwal is Head of Department Science. He has a teaching experience of teaching Physics to I.C.S.E & I.S.C classes for over 25 years. His expertise lies in using information technology in his classes and he has been instrumental in giving wings to the online academic program in the school. He has been associated with reputed boarding schools of Dehradun like The Hopetown Girls’ School where he worked for 15 years. He was actively involved in conducting Science Olympiads, School Quiz, STEM activities, Staff welfare, Reviewing the curriculum, Workshops etc. He has travelled to NASA – USA at Houston & Orlando space center for a training program in rover designing and chemical composition analysis. He was also associated with starting the Alumni relations program. He is widely acknowledged by his students and peers for his patience and equanimity. The school will surely benefit from his vast experience and expertise he carries with him. 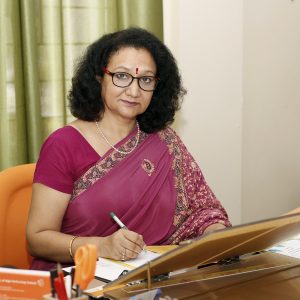 Mrs. Meeta Aswal is a post graduate in Chemistry as well as English and has 30 years of experience in the field of education. She started her career as a primary teacher and graduated to the secondary and senior secondary level. After teaching for 14 years, she moved into an administrative profile being in turn Principal of a Kindergarten, Primary and finally Senior Secondary School. Her last assignment was as the Headmistress of a residential school for eight years.

For her, teaching has been a passion and a vocation more than a profession and she works on the maxim of a teacher being a central and a very important figure in a student’s life, someone who can work wonders at an individual and collective level.

Her focus has always been on guiding the children to not only improve their language and communication skills but, first and foremost, to evolve into good human beings.